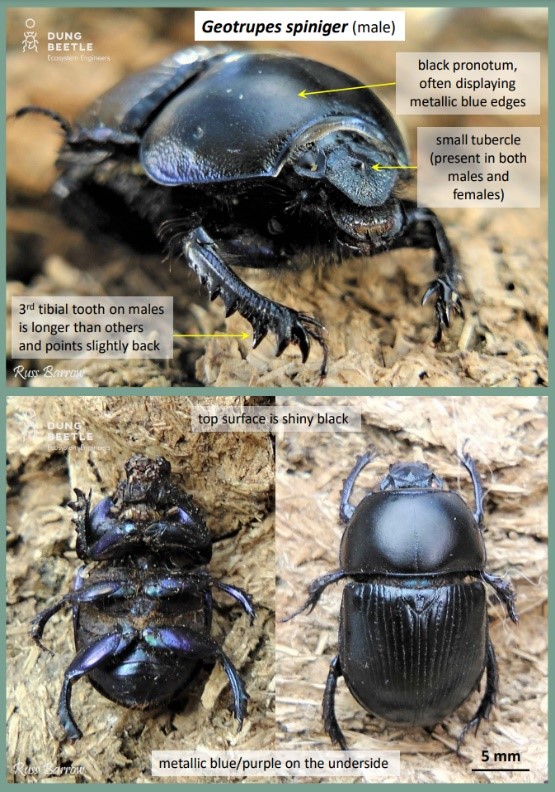 G. spiniger was trapped once at Cashmore in February (2021) and also found near Hamilton, attracted to house lights May (2020). It had not been previously been recorded as occurring in the Glenelg Hopkins region.

G. spiniger beetles live for four to six months and have one to two generations each year.

Buries dung to around 30–45cm. G. spiniger is one of the four deep tunnelling dung beetles found in southern Australia. The others include Bubas bison, Onitis caffer and Copris hispanus. G. spiniger was used in trials by the Lucyvale Landcare group in north-east Victoria to demonstrate improvements to soil health and fertility. In their unpublished results, the group measured changes to depth in phosphorus, sulphur, iron, zinc, boron and aluminium and an increase in the abundance of earthworms and soil biota.

G. spiniger prefer wet clay and loam soils. Beetles can be purchased as starter colonies however, as with other species, if they fail to breed successfully, the reason why needs to be determined. G. spiniger has successfully established in north-east Victoria through a release program.