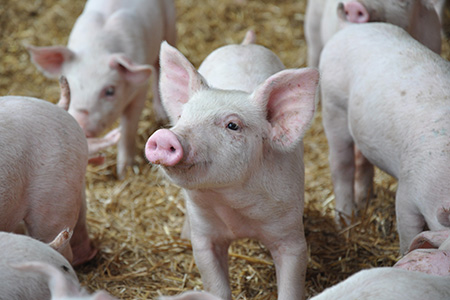 Victoria's Swine Compensation Fund (SCF) is established under the Livestock Disease Control Act 1994. The fund collects livestock duties paid on the sale of pigs or the carcasses of pigs under the Duties Act 2000.

The SCF receives approximately $0.16 for each pig or each carcass sold.

The Minister for Agriculture must not make a payment from the fund unless the Minister has considered any relevant recommendations from the Swine Industry Projects Advisory Committee (SIPAC).

The SIPAC has been established to provide advice to the Minister for Agriculture on any proposed project for which payments should be made from the SCF and any other matter referred to it by the Minister.

Under Section 87 (3) of Livestock Disease Control Act 1994, the SIPAC comprises five members appointed by the Minister as follows:

All projects are administered by Agriculture Victoria. Any under expenditure is reallocated to the Swine Compensation Fund. Expended figures as at 15 June 2021.

These projects were approved by the Minister however are listed as $0 expenditure as no payments have occurred.

The aim of the project is to focus on disease surveillance on the chain which will evaluate the value of data from all pigs processed, in initiating disease investigations and as a general surveillance tool for pig health. The project will demonstrate value in collecting data on deaths to identify problems in the industry that can be rectified and reducing these losses will directly benefit producers who lose money on every death.

The aim of the project is to improve both the quality and number of investigations conducted by private veterinarians in Victoria, thus enhancing capacity for the early detection and control of diseases of livestock that could impact on human health, animal health, farm productivity and market access and trade.

The aim of the project is to maintain and increase awareness of, and surveillance for, suspect Emergency Animal Diseases (EADs) resulting in greater number and quality of submissions. These submissions provide evidence of absence for EADs that Victoria (and Australia) claim freedom from which allows increased trade opportunities for our livestock products.