Reminder to Weed Spotters: Please remember that if you are moving to a new house or changing your employment, the contact details that we have recorded including your postal address and email address may need updating.

Please email weed.spotters@agriculture.vic.gov.au at any time to avoid missing the latest newsletter or your annual copy of the State prohibited weeds calendar.

Alligator weed is an aquatic State prohibited weed that has the potential to smother aquatic environments, altering or destroying habitats for aquatic species.

Untreated alligator weed infestations can grow into large thick mats that can:

The Agriculture Victoria alligator weed eradication program has achieved significant success in reducing the size and number of alligator weed infestations in Victoria.

One of the sites being managed in the program is the Hallam Main Drain, which had a large alligator weed infestation when treatment started there in 2009. Now that the alligator weed infestation has been reduced, the waterway is home to a number of native migratory fish species like the short-finned eel (Anguilla australis), common galaxias (Galaxias maculatus) and tupong (Pseudaphritis urvillii).

Other native fish species have also been recorded there, including:

The dwarf galaxias is a threatened species declared as vulnerable under Commonwealth legislation and endangered under Victorian legislation.

The dwarf galaxias has been detected twice at sites in the Hallam Main Drain area since 2011. The ongoing presence of the dwarf galaxias and other native species is a significant outcome from Agriculture Victoria’s alligator weed eradication program.

Be on the lookout for fire ants Victoria is currently free of the invasive pest, red imported fire ant (Solenopisis invicta). Incursions of the species interstate highlight the need for all Victorians to be aware of the potential for this pest insect to enter Victoria.

Fire ants are small ants of various sizes, 2 to 6mm in length and reddish-brown in colour with a darker abdomen.

Fire ants form colonies in the soil but can also nest under logs, garden material, hay or electrical equipment. Once fire ants have established in an area, if left unchecked, they can develop expansive, densely-populated nests or ‘super-colonies’. The formation of these colonies can disrupt natural biodiversity, decrease agricultural productivity and restrict market access for agricultural products.

Our current outdoor lifestyle, and popular activities such as gardening, could become a thing of the past if fire ants were to establish in Victoria. Fire ants are highly aggressive when disturbed, inflicting painful stings on people and pets, and in some instances causing severe allergic reactions.

Fire ant incursions have occurred in New South Wales and Queensland. Over $300 million has been spent working towards eradicating fire ants from Brisbane and other parts of Queensland since they were first detected in 2001.

Fire ants are most likely to be spread into Victoria through importation of high risk materials from Queensland such as: 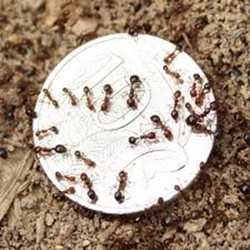 Early detection of new incursions will give us the best chance of successfully eradicating this pest.

Agriculture Victoria is asking the public and particularly gardeners and plant importers to check all plants entering Victoria from interstate and report any suspect ants.

People and businesses wishing to bring plants or plant materials into Victoria should refer to Moving plants and plant products for the latest importation requirements. Material capable of harboring fire ants sourced from Fire Ant Biosecurity Zones in South-East Queensland may only be brought into Victoria if accompanied by a relevant permit, certificate or declaration. Hawkweeds are very successful at invading natural areas and agricultural land. Each plant can produce thousands of small seeds each year which can be carried long distances by the wind, or by hitching a ride with people, animals, vehicles or machinery.

This creates a huge potentially infested area around Falls Creek where hawkweed could be lurking. To deal with this, Agriculture Victoria is collaborating with University of Melbourne using a model to predict the most likely areas where hawkweed may be found.

The model uses multiple factors including wind direction, soil disturbance, type of vegetation and distance to known infestations, to predict where hawkweed seed may land and grow.

Figure 1 shows the most likely location a seed may disperse from a known infestation (marked with a black dot). Seed is most likely to fall very close to the plant, so the closest surveillance grid receives a score of 0.9. 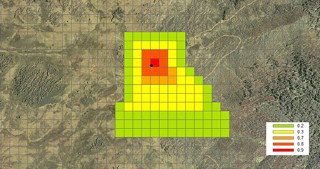 Figure 2 shows how wind scores are calculated when there are multiple sites with overlapping wind plumes. A similar set of scores is established for each factor that land managers consider important to hawkweed dispersal, and the model uses all this data to calculate where we should search for hawkweed. The model is updated before the growing season each year, so it is based on the most current information. Researchers and land managers can prioritise areas they consider to be important based on their local knowledge of the area.

The model has been shown to be effective in predicting where hawkweed can be found, which is great news for the eradication program. It’s good for volunteers and staff too as they want to make the best use of their time and effort by surveying the places where hawkweed is most likely to grow. 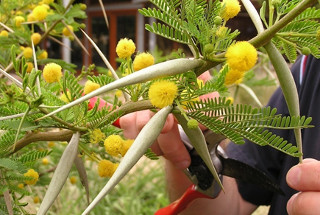 Agriculture Victoria has long considered Karoo thorn, Vachellia karroo, to be a State prohibited weed that will be straightforward to eradicate. It has not been found growing in the wild in Victoria, it is not widely planted in gardens, and it has only been found in small numbers, planted in public and private gardens.

There were a total of 8 known Karoo thorn sites in Victoria and despite the surveillance efforts of Weed Spotters and Agriculture Victoria officers, no new sites have been detected since 2004.

The 8 sites have been managed for eradication by Agriculture Victoria since they were first detected.

All Karoo thorn material, including the tree stumps, were removed by arborists. The topsoil was also removed from under the tree canopy to remove any seeds. All removed material was deep buried in landfill. The sites were then rehabilitated with new topsoil. 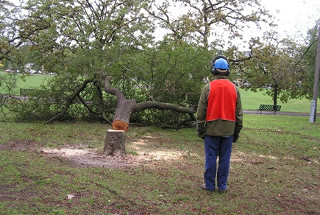 Interestingly, 2 of the sites were listed for protection by Heritage Victoria many years prior to Karoo thorn being declared as a State prohibited weed in 2003. One of these trees was in a historic church yard at Williamstown, and the other, believed to have been over 80 years old, was in the botanic gardens at Bendigo. Heritage permits were required to remove these trees. Before the permit was granted, the Bendigo tree died from a fungal disease, so a permit was no longer required for this tree. Once the permit for the Williamstown tree was granted, both trees were removed in 2011.

Each of the 8 sites have now been monitored annually for 7 years since the initial tree removal and no regrowth has been observed at any of the sites. All sites are now considered to be eradicated.

Weed Spotters are asked to continue to keep a look out for Karoo thorn in Victoria in case there are any undetected trees awaiting discovery.

House hunters find more than they bargained for 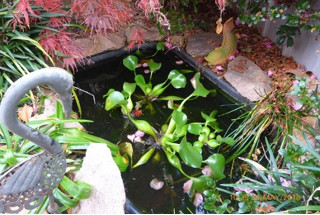 A State prohibited weed infestation is not something house-hunters usually have on their wish-list for a new house, but earlier this year that is exactly what some Bairnsdale residents found when they spotted water hyacinth growing in a fish pond during an open house inspection. The reporter asked to remain anonymous, however they were happy to confidentially give the details of the infestation to Agriculture Victoria. 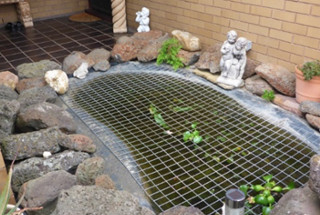 The property owners were not aware of the plant’s identity, legal status or the risk that it poses to Victoria. They told the officers that they had given some water hyacinth plants to a friend and were happy to share these details.

Authorised officers visited the friend’s property where they found a further 2 plants. Owners from both properties were very cooperative and were keen to report any infestations that they may come across in the future.

Agriculture Victoria asks Weed Spotters and members of the public to report all State prohibited weeds in Victoria. Authorised officers will ensure that these high-risk species receive appropriate treatment and disposal in order to protect Victoria’s environment, agriculture industry and social amenity. Follow up inspections will occur at these properties to ensure that the infestations are eradicated.

If you think you have found a State prohibited weed in someone’s garden or in the wild email weed.spotters@agriculture.vic.gov.au or call the Customer Service Centre on 136 186.