Andrew runs composite ewes and 200 Angus cattle on his 1500 hectare 'Cuyuac' property near the hamlet of Nareen, in Victoria's Western District.

This is a fairly famous neighbourhood, with former Prime Minister, Malcolm Fraser's old farm just down the road. But Andrew is fast putting his own operation on the map with some impressive gains made through water reticulation and containment feeding of stock in drier months.

Over the three years from 2014 to 2016, Andrew has moved to feeding 6000 ewes in containment areas. This strategy helps to grow between 1000 to 2000 tonnes of dry matter pasture in surrounding paddocks at the break of the season  — before stock are let out of containment. 'We started seriously thinking about drought and the other reason for containment was to protect pasture during summer and autumn,' Andrew said.

'We have had the containment areas for two years and they have been great. We had some of the sheep in for 10 weeks over summer and autumn (2016).

'It has allowed us to stop supplementary feeding earlier after the break because we have been able to grow feed in the spelled paddocks.'

The Cuyuac stock are watered by a 20 megalitre (ML) capacity gully dam, which services much of the property. This dam cost $60,000 to install in 2004, after a year of going through appropriate approvals processes.

Water is pumped from the dam to a 100,000 litre tank using an electric pressure pump. This tank supplies several troughs and provides two to three days of emergency water for the containment areas. If all stock are in containment and the power goes out or there is a problem with the pump, there will be water in reserve.

Andrew said while water had not been an issue since they built the large gully dam, seasonal conditions had changed over the past two to three years. Five dams had gone dry and 17 others on the property had dropped dramatically.

Rather than enlarge and clean out more small dams, Andrew instead invested $70,000 in two 100,000 litre tanks, eight kilometres of 50 millimetre poly pipe, 15 water troughs, and a large capacity solar pump.

'Water security is extremely important for livestock producers. Seeing dam after dam go dry is very concerning. Early in 2016, we spent $2500 to enlarge another dam (with a 10ML capacity) at the other end of the property. It was getting drier and drier and we could have put in a makeshift system but decided to do it properly. Water is pumped from the dam to a tank 1km away and then gravity fed to water troughs, up to 6km across the farm.'

Andrew enlisted the help of a consultant who has worked on many water reticulation projects in the region. 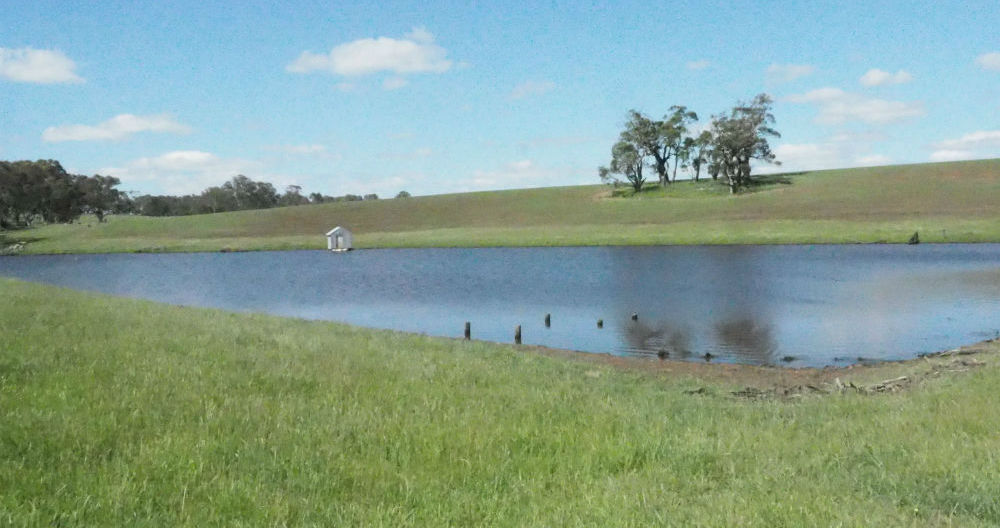 'We worked out the worst case scenario and determined a capacity of more than double our average needs. All stock on one half of the water reticulation system consume around 40,000-50,000 litres in a day (7,000 sheep at 5 litres per head per day and 200 beef cattle at 50 litres per head per day). The tank holds more than double that and can pump 40,000 litres in a day.'

It is not only water that the Edgars have become self-sufficient in. Under a sea of tyres along the side of the track sits 1500 tonnes of silage made on the farm each year to feed sheep in containment.

'Silage is a great tool. As surplus feed it can be harvested and stored for use in summer and autumn, reducing the need to purchase a lot of grain.'

Andrew does his feed budgets using a spreadsheet and the 'Lifetime Ewe Management' tables.

Ewes lamb in either late June/July (one third) or August (the other two thirds) which means they are often being joined in containment areas when there is a late break.

Joinings have been increasingly successful with the move to both better water reticulation and containment. Scanning results last year were 145 to 160%.

'I have more stock because I chose to build numbers through the drought by investing in the water reticulation system, containment areas and supplementary feed, rather than selling sheep. Now that the drought has finished, I have more stock to sell while others are trying to rebuild their numbers and prices are at an all-time high.'

Andrew did his research when designing his self-funded containment area and decided to go on the larger side so that he could get a vehicle in for ease of feeding.

As well as the containment areas, Andrew has also set up a purpose-built feedlot to finish prime lambs for the trade market.

'I used to feedlot lambs 10 years ago and decided to make a proper feedlot and purchase large capacity feeders. There are five pens each with a 10 tonne feeder which I fill with pellets which last 30 days for 200 lambs.'

But it won't stop there. With predictions of more summer rain in years ahead, Andrew has planted summer crops to finish lambs and provide green feed for joining ewe lambs.

'We plant a lot of phalaris and summer rain also gets that fired up.' 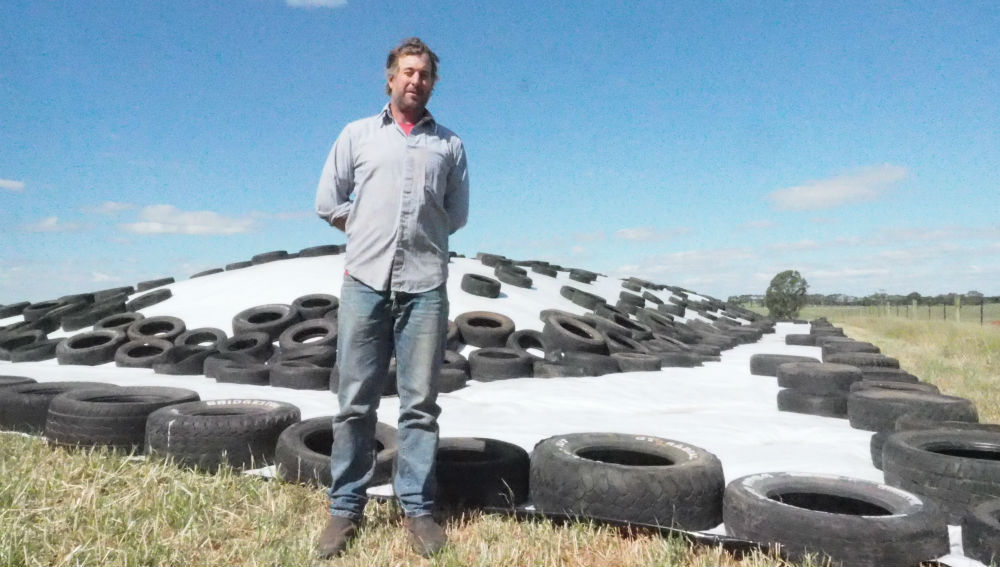