A dairy farmer's income is largely related to the quality and quantity of their pasture. But, with increased rains, pastures can be damaged by cows tearing up the paddock's soil structure — this is called 'pugging'.

The wetter a soil becomes, the weaker it is and the less it's able to withstand compaction and pugging. This weakness varies with soil type.

In pugged soils, the top 4cm to 8cm acts as a seal and prevents further rain from dispersing through the soil. These severely pugged areas, especially in the clay and clay loam soil types, may not fully recover until well into the second spring if not renovated or oversown.

The severity of pugging depends on factors such as:

This damage can range from light, requiring little or no repair work, to very severe, needing a full resowing program.

Effect of pugging and wet weather

Pugging and wet weather can have the following effects:

Without some form of repair, the effects of medium to severe pugging can last from several months to two years.

Effects on soil and 'micro-verse' below ground level 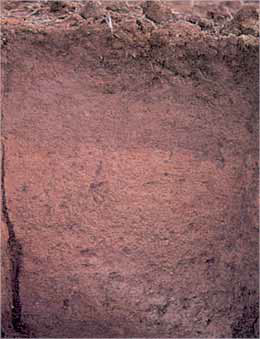 Pugging can affect subsoils in the following ways:

Prevention of pugging (and compaction) is crucial for farmers of steep hilly country, as they can't use mechanical means to rejuvenate damaged pastures.

To recover from severely wet weather

Even soils with sub-surface drainage need at least 24 hours (ideally 48 hours) to drain the water table to at least 300mm below the ground surface at the mid-point between the pipes.

This information was originally written by Frank Mickan, Ellinbank.