Farming by numbers allows for variability in forecasting 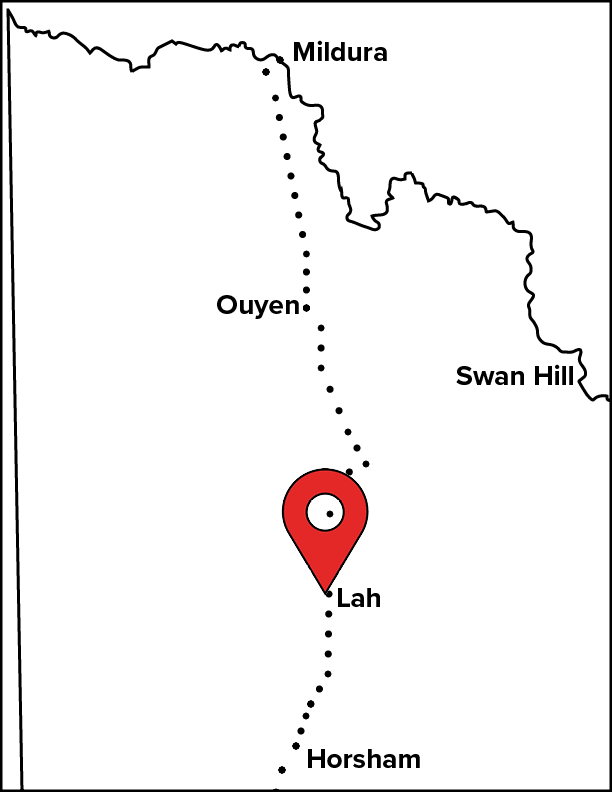 The mechanical engineer in Hugh Keam has adapted to the variables that make up the world of farming, prompting him to create his own yield calculator and consult seasonal forecasts to guide his decision making.

Hugh’s 10 years in the automotive industry wired him for numbers and spreadsheets. After returning to the family farm in 2006, he has been taking every opportunity to research and seek further knowledge to better his operation.

'I see so much benefit in research and the most demoralising thing for me when I came home to farming is there’s no set responses when it comes to farming,' he said.

To combat the variability, Hugh has been adapting his own spreadsheet which adapts the crop simulation software Yield Prophet ® and the wider French and Shultz research to include details specific to his operation and previous season’s results. This approach allows Hugh to consult seasonal forecasting services such as Agriculture Victoria’s The Break to simulate possible scenarios for the season.

'When it comes to trying to put an equation around what you should end up with when you put a crop in the ground, there’s too many variables and to this day I still find it frustrating that I can’t predict accurately what I’m going to get,' he said.

'I follow Agriculture Victoria’s The Fast Break with a lot of interest, the Bureau of Meteorology’s Water and the Land information, the Norwegian Government’s weather site and Elders weather.

'I find these tools help validate my decisions and they are generally fast and reliable, if any weather forecast can be reliable.'

Hugh farms with his wife Merrily and parents Neville and Margaret near Lah in Victoria. They crop 2000 hectares with a rotation of wheat, barley and either lentils or beans, while also running 360 ewes.

'Sheep are a great avenue for profit, particularly with prices the way they have been and it has saved us in tough years,' he said.

'Having livestock also allows us not to be scared of using a crop for hay, particularly if it is a tough and dry season, as we know we have stock to cover its use if we can’t on-sell it.'

The Keam’s property hosts an Agriculture Victoria trial using moisture probes up to one metre below the surface, giving the family a unique insight into their retained soil moisture and crop water use. Hugh also conducts annual soil tests on all planned cereal paddocks, with one deep nitrogen test included in the mix to keep on top of nutrition trends across the property.

'When spreading urea, I’ll often put in test strips to see if I’ve got the nitrogen rate right,' he said.

'I usually have a double rate and an ‘untreated’ strip. This serves as a good visual test throughout the year, but the main results are in the yield.'

Hugh said 2019’s dry seasonal forecasts had prompted some of his neighbours to cut back on their cropping area, but his knowledge of retained summer rainfall thanks to the soil moisture probes had given him some confidence.

'From my point of view, the forecasted El Niño can be a dry or a wet version of the climate cycle and this year we’ve put the same amount of crops in,' he said.

'We’re playing with canola as our risky crop as we have summer rains to fall back on, but if you didn’t you might consider pulses instead.

'We’ve had our fourth best start in 15 years and while I know from our first-year home on the farm in 2006 things can go south quickly, I work hard to be across the capabilities and limitations of our farming system.'