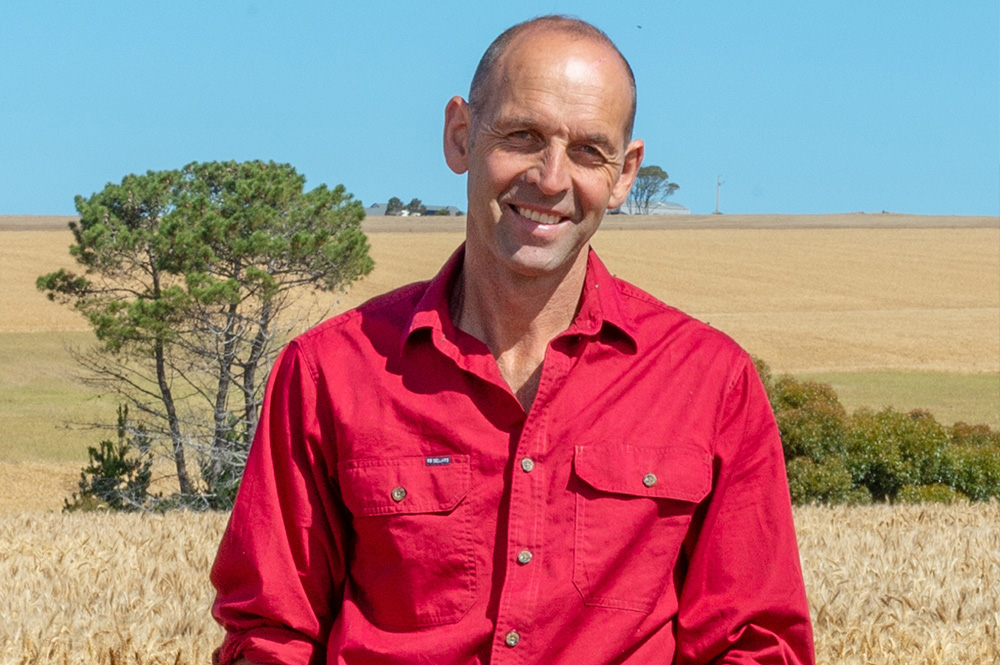 Mark is a regular subscriber to forecasting services, both Australian and international, to educate himself on current and future weather conditions that could impact his operation. To guide his decisions he uses these services and knowledge of factors such as:

'Weather forecasting is very important for us as farmers and if it could guarantee accuracy, it could save the agricultural industry millions of dollars but also generate many more,' he said.

'Environmentally there would be large gains in terms of wind erosion, nitrate leaching of putting urea on knowing that it’s not going to get washed through the system.'

However, due to the risk of inaccuracy, Mark exercises an element of discretion around making significant decisions based on seasonal forecasting alone.

'I am more cautious and conservative with my decisions than I have been in the past,' he said.

'To address the risk of season-to-season decisions, I’ve been creating a farming system that has an organic-based nitrogen focus using clovers and legumes.

'If I get a wet year, I’ve got slow releasing nitrogen from having legumes in the rotation that don’t leach or leave you in deficit. In a dry year that organic nitrogen is consequently not released saving the crop from burning off and then leaving excess nitrogen for the following season.'

Mark said this approach has allowed him to be less concerned with the timing of in-season nitrogen application and frequency, which can present issues in terms of leaching, timing and crop yield potential in wet years. The southern Eyre Peninsula grower farms with his wife Tamara, their four children, and his parents Sylvia and Theo.

'In Australia, we spend millions on weather forecasting and yet we still get it so wrong,' Mark said.

'Four-day forecasts are good; seven days are rubbery and after that, flipping a coin seems to be as accurate as the forecast models. Having said this, the Bureau [of Meteorology] do a good job and the forecasting accuracy has improved in recent years.

'There is a fine balance between knowing what the weather and seasonal forecasting is saying, but also being aware of the probability of different outcomes.'

'We as farmers have improved our ability to manage the extremes — things like retaining stubble, early sowing, and using feedlots for sheep have enabled us to survive and even prosper in years where we would previously have gone backwards.

'To try and protect myself from the risk of seasonal variability I’m always looking at what farming systems I can employ that will cover the extremes that would hurt my farming operation the most.

'At the back of my mind I’m always aware that the end of the season is really what gives you your return.

'This year, things are looking really good, but I’ve got to be careful I don’t put too much nitrogen in my system.

'If the rain stops short in August my crops could be too big and I’ll have all this biomass with nothing to finish it off.'

The Modra family began its long history in farming by running sheep on Thistle Island, off the coast of Port Lincoln. They sold this operation in the 1980s and moved to a continuous cropping system on the mainland. In the early 2000s they reintroduced sheep into their system. Mark now manages:

'Sheep provide income diversity and play an important role in creating a resilient farming system,' he said. 'This year I followed the seasonal forecast of a late break and sold sheep, but it turns out I shouldn’t have as the break was early and now I have plenty of area for grazing but not enough numbers to take advantage of the opportunity.'

'If I had an accurate forecast, we could have kept more sheep on farm and the business could have profited $70,000 just in this one example.'

Mark said the seasonal forecast can also impact decisions on where he will plant certain crops across their operation.

'I have a number of blocks over a distance of 70 kilometres and if it is going to be a dry season for example, I will grow less canola on my northern blocks and I will grow lupins on my southern blocks, but if it is predicted to be wet I would swap that around,' he said.