Forecast knowledge is power in the low rainfall zone 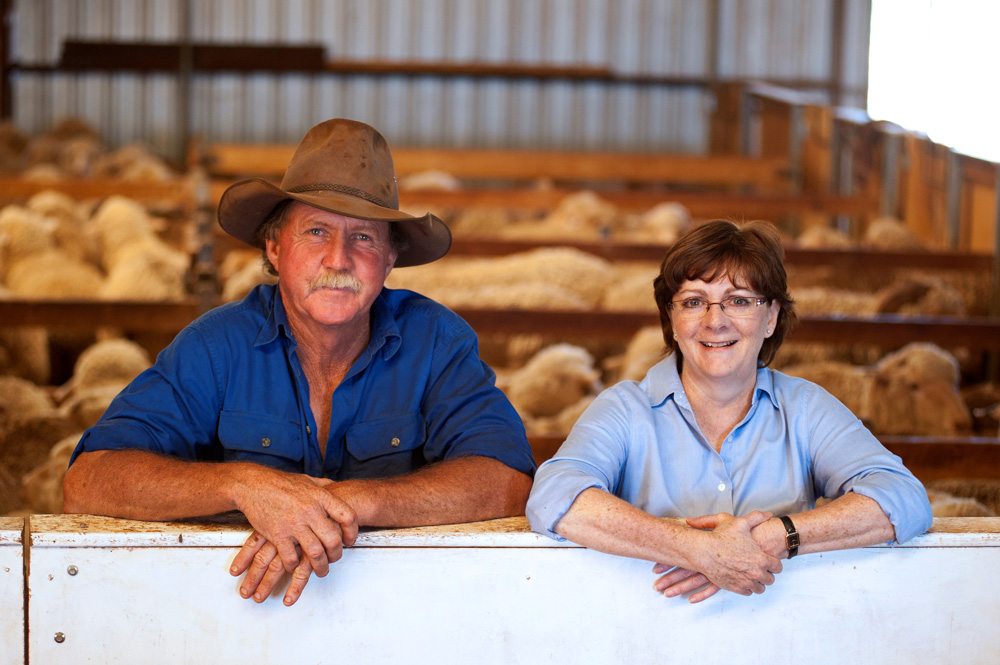 Destocking, reducing cropping area and opportunity summer planting after considering seasonal forecast advice are measures the Carn family have taken to reduce financial risk over the past decade. They farm in marginal country just south of Quorn in South Australia and seasonal forecast information is just one of the decision-making tools they need to plan their seasons.

Susan, husband Bernard and son Ben run 12,000 hectares in the Flinders Ranges at Quorn. They also manage a further 57,000 hectares in the north-east pastoral area on Umberatana Station. At present they have around 7000 merino sheep, 80 cattle and crop wheat and barley.

'I see so much value in listening to seasonal forecasts to help guide our decisions and quite often the changes we make on advice from those forecasts deliver the best outcome,' Susan says.

'In 2018 we were three quarters of the way through what we had planned to plant and stopped. I sat down and had a look at the dry winter/spring forecast and thought no, I’m really not liking this, particularly as we didn’t have much subsoil moisture.' Susan says she made the suggestion to her husband to stop seeding and it has turned out to be the right call.

'We didn’t harvest anything this year (2018), it was all fed to our sheep ages ago,' she says. 'After seeing the forecast, the writing was on the wall. 'I also questioned how many sheep we had and whether it was sustainable to keep this many.'

As the season progressed and the seasonal forecasts were shown to be accurate, the Carns significantly destocked both their Quorn and Umberatana properties and have lambs in their feedlot.

Susan says she has seen rainfall patterns change significantly over the past few decades. This has prompted them to trial certain measures to protect their income, stock and land against dry year forecasts. This includes:

'That’s really made a difference in our lambing percentage and our ewes are looking so much better,' she says. 'This normally works really well, but this year has been horrible, and we’ve used all our barley and didn’t grow any new seed, so we’ve had to buy in a lot of seed to keep us going.'

Susan says consulting seasonal forecasting as a part of farm planning requires an attitude of flexibility and willingness to trial various options. Susan’s interest in weather forecasts and climate outlooks started when she noticed their seasons were changing and wanted to understand what was happening. She has participated in several South Australia Research and Development Institute (SARDI) climate-risk courses, became a Climate Champion Program participant and takes note of Agriculture Victoria’s Fast Break service which expanded to South Australia and Tasmania in 2018.

'In an ideal world I would know in March or April what is happening for the cropping season but that is usually the most unreliable time for seasonal forecasting,' Susan says. 'My husband and son’s idea is you need to plant at least something and take the chance for it to pay off, but I am much more cautious.'

Summer planting in response to a wet summer forecast is something the Carns have also explored. This has previously given them summer feed for livestock that lasted well into autumn. Susan says this measure has the potential to help in the future and is an example of being flexible in response to forecast information.

'One year we got two inches in early summer and I’d heard that someone had tried putting in a barley crop in summer and it actually paid off,' she says. 'This is a great option if we don’t have a lot of feed. Bernard had just finished harvest and then he started sowing in a paddock by the main road in November. I’m sure people wondered what on earth we were doing, but it turned out to be a good move.'

The Carns also time their sheep breeding for lambing to occur when there is the best feed available. 'I like to know around the end of October what’s going to happen as far ahead as I can,' Susan says. 'This guides us as to when we put our rams in. A forecast with a lot of summer rain would suit an earlier lambing in autumn, but a dry summer forecast would suit a late autumn or winter lambing to try for more feed to be available in wetter months.'