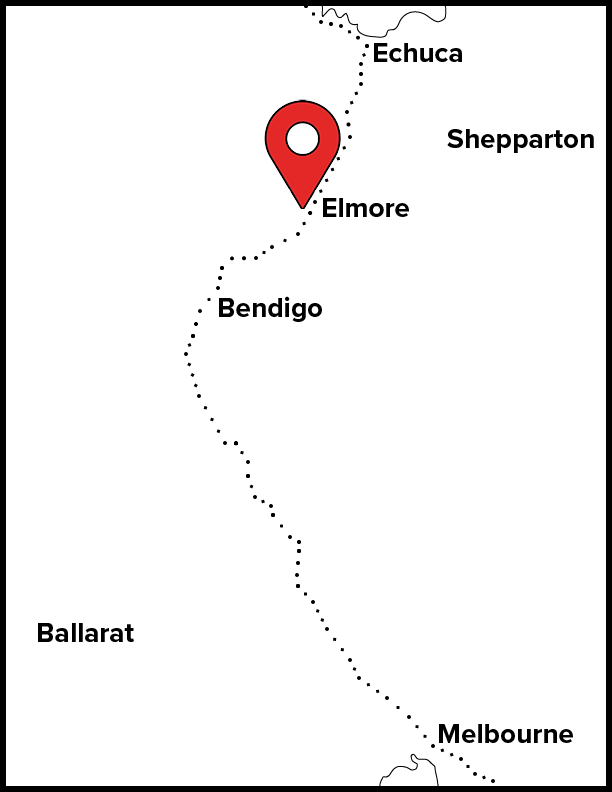 For Greg Toomey from Landmark Elmore, the art of risk management is a delicate balance that sees him continually fine-tune farm business decisions to match variable and changing seasonal and climatic conditions.

With profitability front-of-mind, he uses experience and trusted sources of information to guide 'clever investment' in cropping inputs that help optimise gains in bumper years and minimise losses in challenging years.

The suite comprises subscription-based seasonal forecast commentary, The Break, which is produced by Agriculture Victoria. The Break provides a range of seasonal forecast summary newsletters, comparing forecast models and soil moisture data for 3 to 6 months.

Accompanied by a weather station, sensors in the capacitance probes record subsoil moisture from a fixed location on farms at 10-centimetre increments from a depth of 30cm to one metre in the soil profile. The data, which can be accessed by agronomists and other growers, is then sent via the mobile phone network to a server for storage, analysis and interpretation using graphing software.

Mr Toomey says trends in the soil moisture data gleaned from the on-farm probes are used to 'tweak' the percentage mix of crops grown in rotation.

For example, information from the probe network that ‘suggests subsoil moisture is depleted often provides a cue to reduce the farm area planted to canola.

The farm area planted to this deep-rooted oilseed crop, known to access moisture at depth in the soil, is generally replaced with relatively drought-tolerant barley or oaten hay crops, he says.

In the wet 2016 season in the Elmore district, for instance, the on-farm probes indicated the soil moisture profile was full in early October but, by the end of that month, crops had used more than 80 per cent of this moisture reserve, he says.

He also measures seasonal forecasts, mainly in winter and spring, against soil moisture data as part of an overarching strategy that aims to match crop inputs to growing season conditions and ultimately maximise farm business profitability.

For instance, he might apply more nitrogen to feed higher yield potential where climate forecasts suggest negative IOD and La Niña phases, which are indicative of above-average winter and spring rainfall, and colder-than-average temperatures.

A forecast for wet, disease-prone conditions can also influence the timing of, and planned expenditure on, fungicide applications, he says.

Whereas predictions of positive IOD and El Niño phases associated with dry, warm conditions, might provide a trigger for cutting crops for hay.

Putting the potential profitability of this management decision into context, he says that in many situations, cutting northern Victorian crops for hay secured an extra $500 per hectare compared with harvesting them for grain in the dry 2018 season.