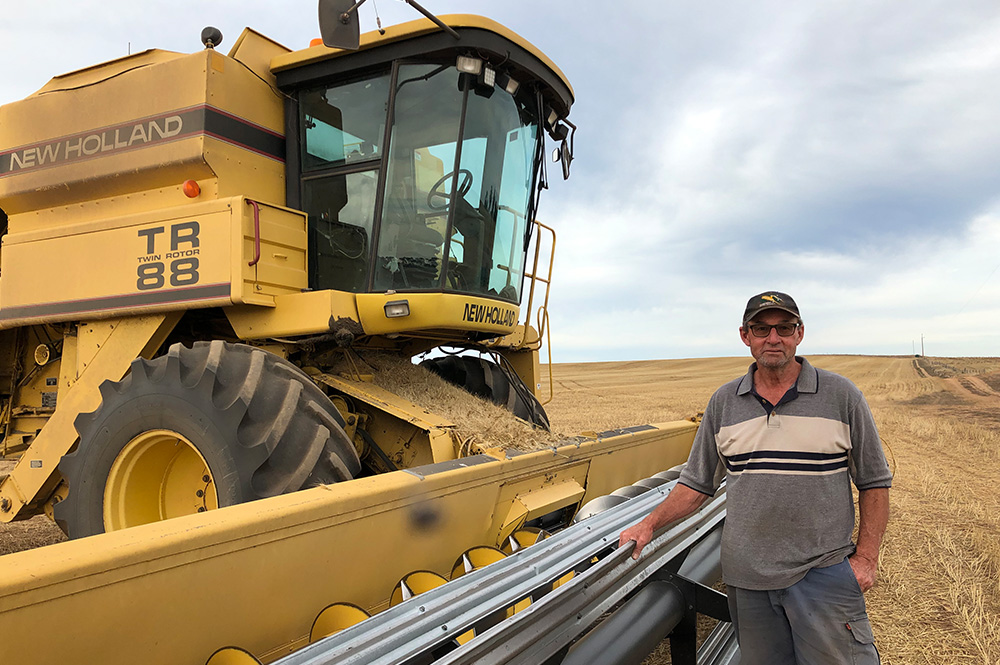 A dry start plus a drier outlook for the season before he began sowing prompted Tony to reduce the area he committed to field peas in his 800-hectare program. He reduced his pea plantings from 243ha to 174ha and filled the gap with barley. This was despite knowing he was planting barley in a paddock with a high weed burden that would require more management and spray applications over summer. The decision has proved a wise one.

'It has been a very disappointing year for peas and in the end I was harvesting for seed and cost recovery,' he said. 'Barley has been the opposite and we’ve had average yields and good quality with some malting grade coming through.'

'If I had put the other paddock into peas, I would have had a cleaner paddock now for next year but at the same time I would have had to reap another near failure. I’ve definitely made more money out of the changes I made this year by listening to the forecast information.'

In-season rainfall has been less than half the historical average for 2017 and 2018 at the Nalyappa property and risk reduction has been a priority to ensure the farm remains profitable. Over time Tony and his wife Michele have grown in confidence in adjusting their plans based on forecast outlooks as they have experienced seasons and conditions consistent with the forecasts.

Tony says he now plans to be flexible where possible, knowing it could prevent disappointing seasons. He says a dry forecast would usually prompt him to 'lean' towards hardy varieties and maximise his barley plantings, while a wet forecast could allow him to favour field peas and chase potential higher returns.

'I’m always planning my cropping program for an average to above average season, but when I see dry forecasts come through I usually alter my plans,' he said.

'This year they were dead right and the fact that I’ve had success with following forecasts helps me trust it as a source of advice in the future.'