The giant willow aphid, Tuberolachnus salignus (Hemiptera: Aphididae) (GWA), is a European or Asian aphid species that has spread to a number of other regions of the world.

It was detected in New Zealand in 2013 and in Tasmania, later that same year. Since then, it has been found in the Australian Capital Territory and New South Wales. It was detected in Victoria for the first time in 2014, in Wodonga and Melbourne.

GWA is a relatively large aphid (up to 6mm in body length) with a distinctive pattern of spots and a prominent 'shark-fin' like tubercle on its abdomen (Figure 1). Wingless individuals (Apterae) are mid-brown to dark brown with several rows of black sclerotic patches. 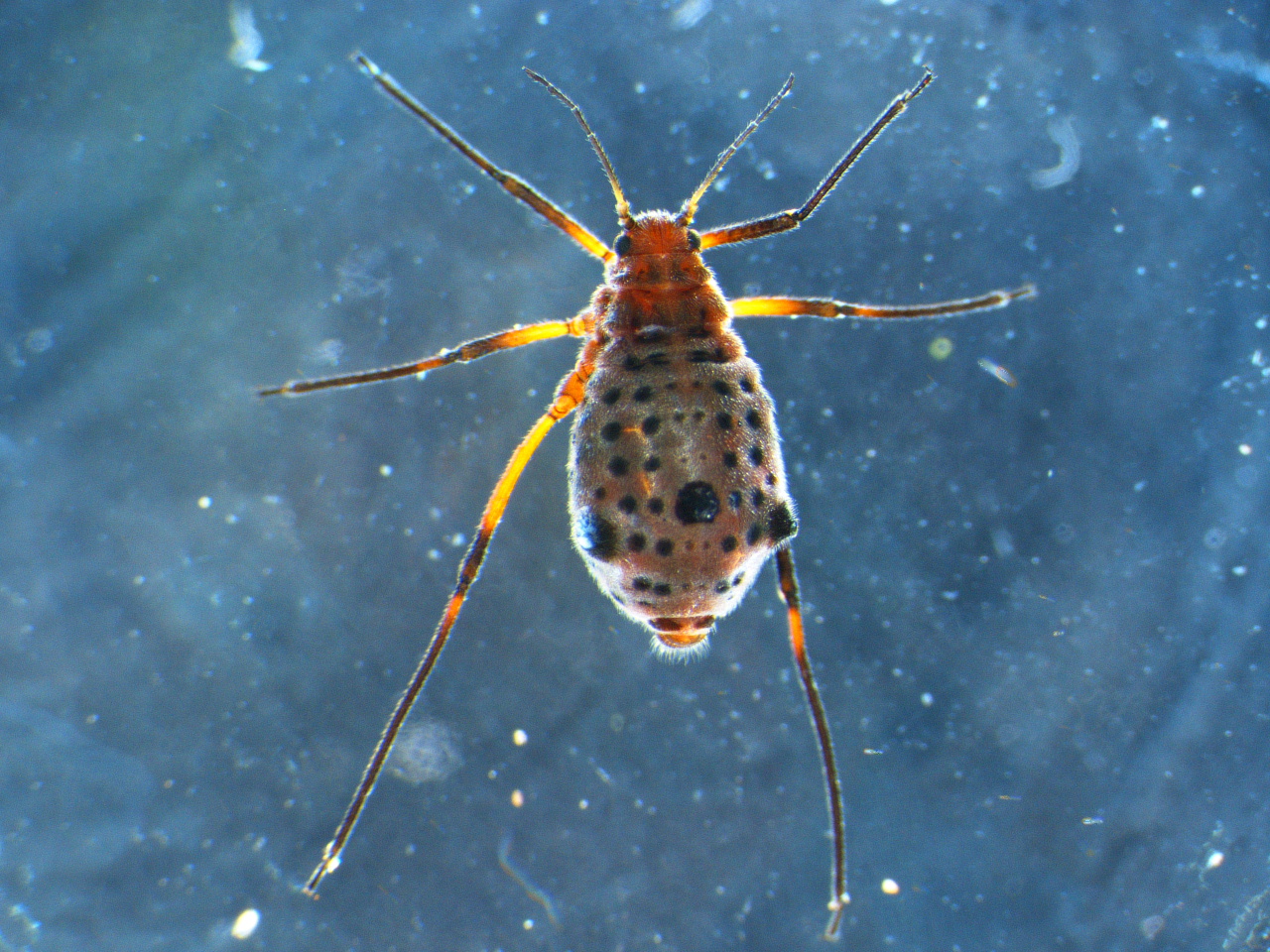 GWA feeds on sap from the young stems and branches of its host trees including willows (Salix species) (Figure 2) and, occasionally, poplars (Populus species). In Australia, females reproduce without the need for males and give birth to live young. The adults may be winged or wingless, and can produce over 30 young.

The aphids can form dense colonies on host trees (Figure 3). Overseas experience has shown that colonies appear in summer, usually at the base of the willow trees, moving up the stems with increasing numbers. Colonies can contain many thousands of aphids. Colonies persist through the autumn, but they begin to decline in numbers during this time. Small numbers of aphids can still be found on leafless trees during winter.

GWAs produce honeydew, a sticky sugary substance which can attract ants and wasps, such as European wasps.

GWA has reportedly caused tree death in very old willow trees in India. The aphid's feeding may reduce the growth of trees used as crops, such as those used for cricket bat production. No significant damage has been reported to date in Australia.

An increase in tree water use in response to aphid feeding may potentially increase the likelihood of water stress on trees in summer in some situations.

Winged adult GWAs can fly and disperse and infest other trees. Winged aphids of other species have been transported for long distance by winds, and it is possible that GWA was blown into Australia from New Zealand.

Management of GWA is the responsibility of the landholder.

In most situations, aphid control would not be warranted. However for crop tree situations, growers should monitor the presence of GWA colonies and consider controls if populations develop to high numbers and damage symptoms are observed.

Aphids are prey of predatory insects such as ladybird beetles and lacewings, along with spiders and mites. In backyard situations, aphids can sometimes be managed by simply washing them off of plants with a forceful jet of water. Hosing plants can lethally injure aphids and very few surviving aphids that are knocked to the ground can successfully find their way back onto their host plant.